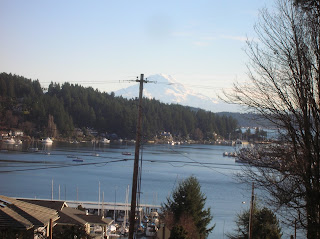 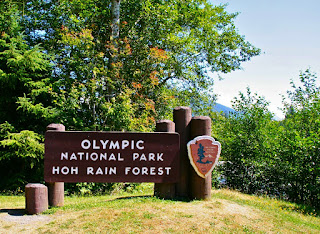 Here in Gig Harbor and   surrounding area of Western Washington there are so many places to see. I could take vacations and weekends without going anywhere else in the world.


Looking east I can see Mt. Rainier every day and west there is the Olympic Mountains. Going north toward Seattle and even further to the Canadian Border well as south toward Portland Oregon. Each place you could spend at least one day if not several days to have a good time.


Traveling to Mt. Rainier is about a two hour drive from Gig Harbor. There are places you can visit on the way well as spending time on the mountain itself. There are a lot of fine small restaurants and coffee shops that you can stop in on the way. You can wait to and visit Paradise on the mountain as well. Great place to hang out. I have been there many times throughout my life. There are a lot of small trails you can walk on even if you are not a mountain climber during the summer.


Traveling north from Gig Harbor is the Olympic Mountains. On a clear day you can see the mountains on highway sixteen heading out of Gig Harbor. Throughout the Olympics there are a lot of small and long hikes you can take. It would take me about two hours to be close and enter the different areas of the Olympics. When I was in boy scouts we would take a fifty mile hike every August. One of the hikes went along the Hoh River which is fifty-six miles long in itself. You can meet up in different spots along the Hoh River as well. My brother Jack and his family visited one year we went out to the Hoh River. His son Ian wanted to see it so he could tell his classmates because they had studied the Hoh River in school. Ian was going into fifth grade that year.


Another drive you can take is heading north from Seattle to San Juan Islands. About an hour and a half from Seattle you can take an exit to Anacortes off of interstate 5 and head west to catch a ferry to the San Juan Islands. You have to make a reservation to get on one of the ferry rides if you take your car.  I recommend though giving yourself a lot of time if you decide to go on Memorial Day, Fourth of July and Labor Day weekends. The ferry rides are quite popular on those weekends. My recommendation would be visit in the spring or early fall when school is in session.


Another idea would be to go sailing throughout the San Juan Islands. I believe I was around fourteen years old my dad borrowed a good size sailboat from a friend and our family along with some cousins we sailed from Gig Harbor north up to Victoria, British Columbia and then east to the San Juan Islands. One of the great adventures of my childhood for sure.


No matter whether you have a short period or a  long  of time to spend in western Washington there a lot places to visit. I just named a few. Come see us sometime. Who knows you may run into me too.
on June 22, 2016