Fall in the Northwest 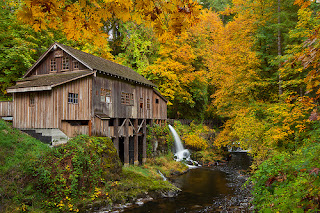 Hiking along the Pacific Ocean 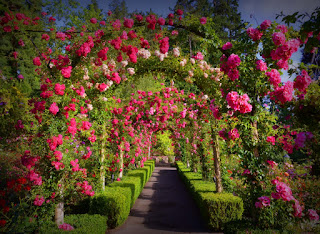 
Today Sept. 22 is the first day of fall here in the northwest of the United States. What I like here especially is that we have all four seasons of the year though because of global warming or climate change if you want to call it that the temperatures have changed somewhat here.


The last three or four years the winter has not been the same that I remember growing up. Now we don’t have as much snow as we used to get. It is not as though we had it really cold and a lot of snow like other parts of the country but we would sometimes get ten inches of snow at one time every two or three years. Now our snow fall is more like a couple inches and we may get snow a couple times a year at that too. Our mountains the snow fall are not much as we are accustomed to though last year we did have a pretty good snow fall. Down in the mainland we had close to normal rainfall last year while the previous couple years it was drier.


The starting of fall here is really nice most years and the temperatures are a little warmer lately compared to what it used to be. Though we do get some rainfall in September and October the majority of rain in fall comes in November just before winter comes when the rain usually comes down pretty good. Recently I have seen though it doesn’t rain as often in the fall or spring in that manner it seems to rain a lot harder when it does. On the positive side the hard rain only last for a little while in the day. Our normal rainfall is usually gentle and it seems like more rain than actually is because the clouds stick around most of the day. Another change in fall and spring is the sun comes around a lot more often now.


Weather wise the summer is the best time of the year however with climate change the temperatures are a lot hotter now than they used to be. The last two or three years the temperatures have often been in the high 80s and low 90s. This is really uncommon for the northwest. The temperatures usually are in the upper 70s and low 80s during the summer. I have heard that many other parts of the United States have gone through change in weather as well.


Although we do get some rain in the fall I still call it one of my favorite times of the year. In a way it is hard to say that because I like all four seasons here. It is so nice that the weather changes during the year though not as often as before because of the climate change. Though we do have some rain during the fall I still find it a great place to spend time traveling. I recommend people visiting the northwest during the fall. Not only is Seattle and the outlining areas so wonderful to see going to Mt. Rainier and the other mountains spots are real nice. Also the ocean in either Washington or Oregon is lovely to visit as well. You can take any ferry rides to the San Juan Islands and Victoria in British Columbia. The Butchart Gardens is always a great site to see in Victoria.


There is many other sites to see around both Washington and Oregon along with the state of Idaho. Hard to see in one trip so I recommend planning and taking several trips to the northwest. Of course you can’t forget taking a cruise to Alaska. I haven’t done one of the cruises yet however I do plan sometime for sure.


I find the northwest great place to live however it is wonderful place to visit as well. Come and enjoy our land. Let people here know how much you enjoy visiting. The turning of the trees is wonderful to see during the fall too.