Places To Stay Around Gig Harbor 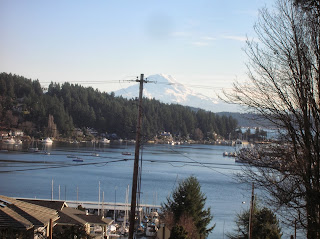 
I was thinking yesterday since I will be going out of town for a few days about where people can stay in and around Gig Harbor. The questions to decide where to stay includes how big of a group you have and what you plan on doing when you’re here. Also a nice view is good as long as it is not too costly.


When I was growing up here there were not a lot of choices to where people could stay. The best choices at the time were to stay at a hotel or motel in Tacoma which was a long ways off. There were a couple hotels in Gig Harbor that I knew about anyway and they were OK especially for couples. If you were a family Tacoma was the better choice for sure. If we had visitors though who wanted to stay over for a few days we had enough room in our house anyway so no big deal. My cousins though were primary visitors.


Where I live at now though I don’t have a lot of room however one or two can stay but more than that no way. My brother and his family visiting last August stayed at one of the hotels right by the highway and it is no more than five minutes away from where I live. The place is called the Inn of Gig Harbor. It is very nice place to stay and for a family it is really good because they have a suite for several to stay in. Also they serve breakfast in the morning. There is a Best Western which is pretty nice as well and similar to the Inn of Gig Harbor. Either place I would recommend and I would check on line to see who has the best price.


If you like to stay down by the waterfront of Gig Harbor there is a couple of Inn’s as well. One of them is across from Skansie Park while the other is at the head of the harbor just down the street from Anthony’s Restaurant. Let you know there are a lot of good restaurants around Gig Harbor as well. If you like to stop for coffee there are plenty of coffee shops as well.


Besides hotels, motels and inns there are several bed and breakfast spots around Gig Harbor if that fancies you more. So I recommend going to any travel sites that you are familiar with or do a search on places to stay in Gig Harbor. I certainly know we welcome you. The time of the year of course is important as well. Summer time the cost is a bit more and Gig Harbor is pretty nice mostly anyway in the spring and fall. You can do the same thing checking out for other places in the area. Of course Seattle has all the national hotel and motel chains. When you stop by Gig Harbor there is a possibility that you may run into me especially in the early morning when I go for a walk around the waterfront. Enjoy the rest of your summer.