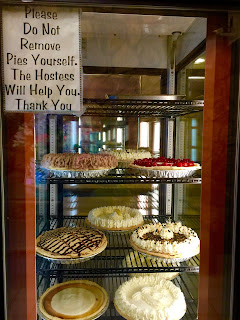 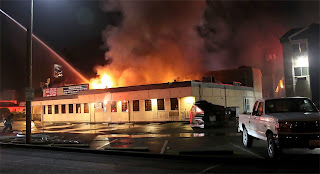 During the fire at Village Restaurant


I often don’t write often about local news however this time I decided to. The reason is that quite a few times especially as a child our family used to stop in Marysville, Washington on our way back from either Bellingham, Washington or Vancouver, British Columbia.


On Sunday February 19 the Village Restaurant in Marysville had a fire early in the morning. What I saw on television looks like that the restaurant will be damaged quite a bit. This is the restaurant we would visit often on those trips going up north to visit relatives when I was a kid. Also, my mother and I have stopped at the restaurant in recent years as well. The restaurant has changed names at least once in all the years. The reason we stopped there besides that it was a good place to do so they served turkey and pie. Depending on the time of the year we didn’t always have turkey however we always had pie. They had several types of berry pies along with apple. Usually I had berry pie because they were among my favorite. Nothing better especially with vanilla ice cream and the atmosphere was very nice as well being a family restaurant.


Marysville is not a very large town so the Village Restaurant is one of the few located in the town. I really do hope that they do remodel the restaurant. I am sure they will since Marysville doesn’t have much more anyway like I have said.


I plan to be going up north at least once if not twice this summer. I hope that a remodeled restaurant will be in hand. I certainly am stopping by to see. I have to get my berry pie at the very least besides a nice lunch or dinner.
on February 20, 2017