Calm After the Storm

It was so nice on Tuesday so much calmer than Monday night. I was able to go out for morning walk without a problem. There was some wind but nothing like Monday and the rain was only a little bit here and there.


What we can do is look at how the weather can correlate our lives whether it has to do with circumstances in the natural or our spiritual lives. The day after storm firemen, the police, landscapers, and home owners have to go out and evaluate the damage that occurred. The damage has to be looked after and often call their insurance company to have an agent come out to evaluate further. No damage has occurred than have to remove debris that has been left behind.


When circumstances happen that feels like a storm when things become calm we have to do the same thing by evaluating and decide what to do next. It is important to remove any damage and debris that has happened before another storm comes in.


During the storm and after actually we have to press on as well; it is important that we remember that we are participating in a marathon and not a sprint. Often we can deal better with sprints than marathons but that is how life really is like.


It is easy to think when we are now in a calm place that another storm won’t happen or at least not for another season. Depending when the storm hits another could happen shortly as well. Like many schools they have their students go through an emergency drill so they know what do when something does happen. It wouldn’t be a bad idea if we do the same thing.


Often it takes a lot of wisdom to get through the storm and into the calm place. Ask God for help when you are in the midst of the storm and when you are in the calm place thank him for his help making it. Also ask him what to do be prepared for the next storm. Remember that you are stronger than you think. I pray that peace beyond your understanding comes during the storm. Amen! 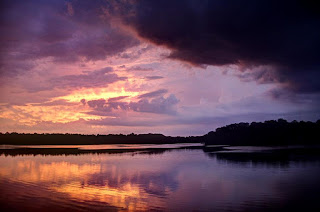