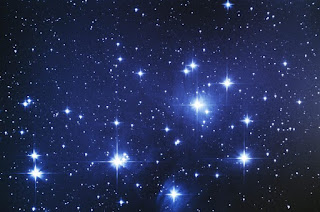 Like most people I have been fascinated by the stars when I look into the sky. Also I enjoy seeing the moon as well.

The last time I took some time looking into the skies I found it interesting where I thought a small plane or some kind of object and then it disappeared just like that. Someone came out and asked me what I was looking at. I tried to explain though I am sure he thought I was a bit nuts. It returned again for a moment then disappeared altogether. I felt like Star Trek had happened over again.

This brings me to the Christmas story where we hear or read about the three Kings or wise men who followed the stars to see the Messiah. After leaving their gifts they returned home wherever it was from.

The next part of the story Joseph took his wife Mary and the child out of town because he thought King Herod would kill him. In fact Herod asked to kill all the male babies around the same age. When Herod was no more a threat Joseph brought his family back home.

We don’t know any more of the young baby boy and not about Christ until he was around 12 years old for a short period of time then the rest of the story was his ministry around 30 years for a period of three years.
During that period we know he learned the craft of his father where he worked as a carpenter.

So the life of Jesus the Messiah is many ways is as mysterious as the stars in the skies. I wonder how the people of Israel thought during those thirty years before Jesus started his ministry. Were they looking for the Messiah wondering who he was? Our minds can work in the same about his life in the way of the stars.

He was a mystery to his people as are the stars. Only the disciples and the women close to him really knew who he was. The rest of the people continued living their lives day by day. I am sure at times is this the Messiah or another. I am sure for many John the Baptist seemed to be more the Messiah than Jesus. He continued to tell them he was just making the way for the Messiah and he was not.

As we celebrate the birth of the Christ we can think of how he lived his life and how we can live the same way too. Maybe we can be as mysterious as the stars too.