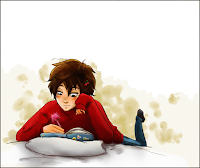 This is something wonderful about poetry. Every poet has their own style of writing.

I read some poetry every day since about half of the Old Testament in the Bible is written in poem form.  The majority of the Psalms were written by King David of Israel. He is mostly remembered as the young boy who killed Goliath the giant with his sling shot.

Most of David’s psalms were written about what was going on in his life especially escaping from the hands of King Saul his predecessor.  Usually, in the psalm, David talks about how he feels in the first portion than praises God for what he has done in the last part of it.

I know at least three people who write poems on a regular basis. My cousin Jennifer who recently wrote and published her first novel has been writing poems for many years. I suggested she submit or publish her poems in a blog.

A young lady Emily who I knew as a young child writes a lot of poems she publishes on social media.  The third one is a woman I went to high school with.  She writes and publishes her poems. Many of her poems are about animals.

An idea for us all is to do a search for the lyrics of our favorite songs. Lyrics really are poems. All of King David’s psalms were put to music.

My cousin Jennifer has sung for many years with a Welch choir. Her mother’s side of the family is welch. Jennifer has a lovely voice too. Although I am not familiar with welch songs I figure to do a search on them too. I figure it will open a new world to me.

Anyway, I hope you are having a good week, and take my suggestions to heart. Amen!